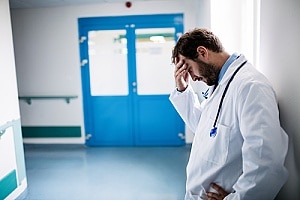 Medical malpractice is a common occurrence in the United States. According to a recent report from Johns Hopkins University, medical malpractice is the third most common reason for death in the country, accounting for 225,000 deaths each year. Medical malpractice happens when a doctor or other medical professional injures a patient by providing negligent medical care by making an error regarding surgery, treatment, or diagnosis.

Lawsuits related to this type of malpractice fall under tort reform and are typically handled by a personal injury attorney. Rules regarding medical malpractice can vary by state, although certain general principles apply to all cases and give clear indications as to whether a given type of injury falls under this category.

If a doctor chooses an inappropriate treatment method or selects an appropriate method but administers it incompetently, a medical malpractice lawsuit can be filed. An example would be if a doctor left a sponge in a patient’s stomach during an operation. The patient can only have a viable malpractice claim, however, if the procedure was clearly a mistake, illogical, or unnecessary.

If a medical professional fails to properly diagnose a patient’s illness and thus causes a much more distressful outcome than would have occurred under other circumstances, then a medical malpractice claim can be filed. For example, if a doctor fails to properly diagnose a patient with diabetes, and the patient ends up having to undergo an amputation because of diabetes complications, this may qualify as medical malpractice.

Failure To Warn A Patient Of Known Risks 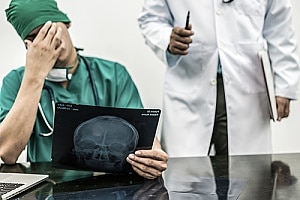 Doctors are obligated to caution patients against any known risks of a given procedure or side effects of a drug or other course of treatment. This obligation is referred to as the duty of informed consent. Failure to abide by this duty is a form of medical malpractice. For example, if a side effect of a drug is heart failure and a doctor fails to notify a patient about this, said the patient could file a medical malpractice claim.

Basic Requirements For A Claim

In order to prove that medical malpractice happened, a patient must show all the following:

The Doctor Was Negligent

A lack of satisfaction with a procedure or treatment does not constitute grounds for a medical malpractice lawsuit. There must be proof that the doctor was negligent in providing diagnosis or treatment and that such negligence resulted in physical harm to the patient. A doctor’s performance is required to be “reasonably skillful and careful.”

The Doctor’s Negligence Caused The Injury

A patient must be able to prove that it is “more likely than not” that the doctor’s incompetence directly led to an injury. Generally speaking, a medical expert must testify to show this.

Even if a certain doctor delivered subpar care for a given procedure, a patient can only sue said medical professional if he/she suffered specific types of damages, like:

Each state has unique rules and procedures for medical malpractice claims. Thus, anyone considering filing such a claim should be properly informed about these rules.

The statute of limitations for bringing a medical malpractice claim in most states is between six months and two years. If the lawsuit isn’t filed within this time frame, a court can dismiss the case no matter what the facts are.

Certain states dictate that patients must notify doctors of malpractice claims by submitting a basic description of the claim before filing a lawsuit.

Several states will often require patients to submit all claims to a medical review panel. This group of experts will listen to arguments and evaluate evidence and expert testimony in order to determine whether there was malpractice. The panel’s conclusions can then be presented in court.

Expert opinions are frequently a key component of a patient’s case. A qualified expert and affidavit are generally needed at any trial. Although each state will have its own rules regarding who qualifies as a medical expert, anyone with professional experience in the given field would qualify as an expert.

Certain states place limits on the total sum of money that can be granted to a patient who was a victim of medical malpractice.

Speak To A Personal Injury Attorney

If you believe you have a credible claim for medical malpractice, speak to the experienced personal injury attorneys at Parnall & Adams Law in Albuquerque, New Mexico for more information about your potential case. Parnall & Adams are a team of a federal prosecutor and career civil litigator, and they provide free consultations. They will also guide you through the complex legal system and help interpret and explain any complicated medical terms. They will also defend you and negotiate on your behalf in court if necessary.