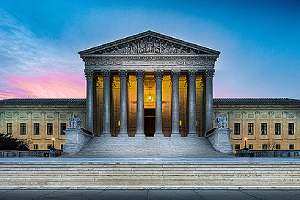 Discrimination is all too common in American society today, both in the workplace and in nonprofessional settings. Therefore, it is important to learn how to identify prejudice when it appears. One of the most frequent forms of intolerance in the United States is racial discrimination. This phrase is most accurately defined in Title VII of the Civil Rights Act of 1964. Below is a closer look at this specific section of the landmark law and how it relates to racial discrimination.

The Civil Rights Act of 1964, which was first suggested by President John F. Kennedy but signed into law by Lyndon B. Johnson, is a landmark law that prohibits discrimination on the basis of race, color, sex, religion, or national origin. Title VII of the law addresses equal employment opportunity. More specifically, it forbids discrimination on the basis of race in hiring, promoting, and terminating. Examples of racial discrimination, according to this law, include: 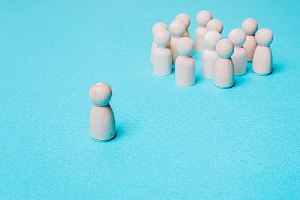 Indirect discrimination happens when a company introduces a policy or practice that has an unfair effect on a particular racial or ethnic group by putting its members at a disadvantage. For example, a hair salon that refuses to hire stylists who cover their own hair may be indirectly discriminating against Sikh men or Muslim women. Both of these demographic groups cover their hair for religious reasons.

Racial harassment occurs when another person offends or humiliates you. Much like other forms of harassment (e.g. sexual), this type of degrading behavior can be verbal, written, or physical. Common examples of racial harassment include using racist slurs, making racially insensitive gestures or jokes, and touching another person’s hair or clothing without their consent. Racially insensitive visual displays such as posters and drawings may also be considered forms of harassment.

If you have been treated poorly after making a complaint of racial discrimination against someone, it has victimized you. For instance, if you file a formal complaint after you are called racial slurs by your co-workers and your superior threatens to fire you unless you drop this complaint, this would be an example of victimization.

Are There Circumstances Where Being Treated Different Is Legal? 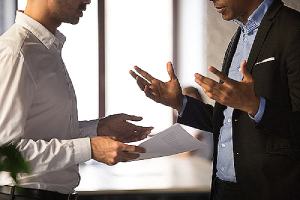 In certain rare circumstances, it is legal to treat people differently due to their race or national origin. For example, a bank may require customers to have lived in the United States for at least 12 months before opening an account. This requirement may be implemented for security reasons such as to prevent fraud.

What Should I Do If I Have Been A Victim Of Racial Discrimination?

If you believe you have been racially discriminated against, there are several things you can do. You can:

Reach Out To The New Mexico Civil Rights Attorneys

Speak to the experienced civil rights attorneys at Parnall & Adams Law in Albuquerque for more information on the different types of racial discrimination. As a career civil litigator and a prior federal prosecutor, we know that every case is unique, which means each client’s needs are different. We place a large emphasis on trust and open communication with all of our clients.

The team at Parnall & Adams is highly knowledgeable about both federal and New Mexico state laws regarding civil rights, including the New Mexico Human Rights Act of 1969. We also know what the statute of limitations is for each type of civil case. If your case goes to trial, we can represent you in court as well. Call Parnall & Adams Law today at (505) 886-4446 or contact us online to request a consultation.