What Is Police Misconduct? 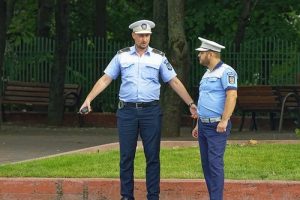 Police officers are sworn to serve and protect residents in their area. However, law enforcement officials are not immune from utilizing excessive force during an arrest or pursuit. As a resident of the United States, you hold multiple civil rights, including your fifth amendment right to petition the government and your fourteenth amendment right of due process.

If you believe any of these rights were violated as a result of police misconduct, you should contact an experienced law firm immediately. Let’s take a close look at common examples of police misconduct and how to properly respond to these types of incidents, including the best type of assistance to seek.

Police brutality is perhaps one of the most common forms of police misconduct. This includes incidents where an officer resorted to punching, kicking, crushing, pushing, stepping on, tasing, or (in the worst-case scenarios) drawing his/her gun and shooting an individual. Even handcuffing someone too aggressively could potentially be considered excessive force. According to Statista, there were 996 fatal police shootings in the U.S. in 2018; this figure rose to 1,004 in 2019. Approximately 23% of the people shot in 2019 were black and 15% were Hispanic. In many of these cases, the individual who was shot was unarmed and was not displaying physically aggressive behavior.

This issue is also prevalent in New Mexico. The Albuquerque Journal reported last year that the state ranked first in the country in 2018 with 20 fatal shootings by police officers in New Mexico. This translates to a rate of 9.59 per 1 million people. Other examples of police misconduct include fraud, dishonesty, coercion, sexual assault or demanding sexual favors in exchange for something, torture to force confessions, and abuse of authority. 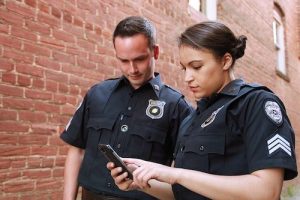 Virtually every form of police misconduct can increase the probability of a wrongful conviction. Unfortunately, the rate of prosecution for incidents of police shootings and other kinds of police brutality are often notably low. The conviction rate was as low as 33% in 2009-2010, according to one analysis by the National Police Misconduct Reporting Project.

The Wisconsin Innocence Project’s Keith Findley also performed a study that concluded police misconduct played a factor in up to 50% of wrongful convictions that involved DNA evidence, which typically serves as an indisputable form of proof that some type of crime was committed.

What To Do If You Believe You Are A Victim

If you believe you have been a victim of police misconduct, you will likely need to report the incident in question to the agency being complained about. In most cities, a citizen’s review board will evaluate all complaints filed against an officer. Be sure to collect the names and contact information for any witnesses, as well as their accounts of the incident.

Reach Out To An Experienced Civil Rights Law Firm 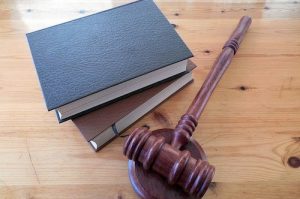 Speak to the experienced civil rights attorneys at Parnall & Adams Law in Albuquerque to learn more about how to properly address a potential violation of your civil rights at the hands of police. We have extensive knowledge of civil rights laws and statutes in New Mexico, some of which stem from the federal Civil Rights Act of 1964. In this state, the Human Rights Bureau enforces the Human Rights Act of 1969, which essentially forbids discrimination and retaliation with regard to some functions, including housing, credit, public accommodations and employment.

A reputable civil rights lawyer should be able to help you meet deadlines and understand the complex legal system. If necessary, this type of attorney will also represent you in court. A civil rights lawyer can also inform you about any compensation you are entitled to and what sum to expect in this respect. If you believe you were also the victim of racial discrimination at the hands of a police officer, we can assist you with the process of handling this claim as well. Call Parnall & Adams Law today at (505) 886-4446 or contact us online for more information about our services. You’ll hardly find a more reliable law firm in New Mexico.