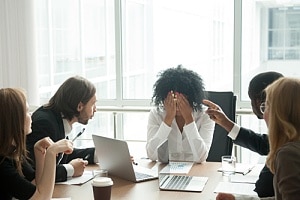 As a resident of the United States, you are entitled to certain freedoms. If these freedoms should be violated, a civil rights attorney can help make things right. At Parnall & Adams Law, we help individuals and groups who have been discriminated against or have had their rights violated in some other way. Your civil rights include freedom of speech, assembly, and religion, as well as the right to petition the government and the right to procedural due process. You also have freedom from discrimination for certain protected classes, such as race, sex, and national origin.

What Constitutes As A Civil Rights Violation?

A civil rights violation includes any offense that occurs as a result of force or threat of force against a victim by the offender. One example: a victim who is assaulted due to his or her race or sexual orientation. Violations can include injuries or even death. Any person who has had their granted freedoms taken away or is discriminated against based on race, color, gender, age, or national origin is a victim of a civil rights violation. When a person’s rights are violated, the offender may be prosecuted under certain criminal rights statutes. Some most common violations include the following:

Say that an African American man submits an application to lease an apartment. The landlord then refuses to lease him the apartment as he prefers to have only Caucasian tenants in his apartment building. In this scenario, the landlord has committed a civil rights violation against the applicant by discriminating against the man’s race. Both state and federal fair housing and anti-discrimination laws prevent landlords from rejecting applicants based on race alone. 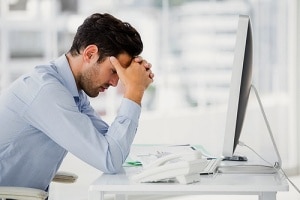 Anyone can have their civil rights violated at any place, at any time. Say a homosexual man walked into a restaurant, sat down, and waited for the waiter. After assuming the man’s sexual orientation, the waiter refuses to provide service to the patron because of his sexual identity. In this case, the server would be guilty of violating the patron’s civil rights due to discrimination against the man’s sexual orientation.

Civil rights cover a lot of ground, ranging from the ability to vote to equal access to schools, housing, and jobs. Most of the rights we know and understand can be found in the federal Civil Rights Act of 1964. However, each state has its own set of laws and statutes that must be followed. In New Mexico, the Human Rights Bureau enforces the Human Rights Act of 1969. This law prohibits discrimination and retaliation in certain areas, such as credit, housing, employment, and public accommodations.

New Mexico also enforces other civil rights laws, including the Age Discrimination in Employment Act of 1967, the New Mexico Human Rights Act of 1969, and the Americans with Disabilities Act of 1990. In New Mexico, there is a civil statute of limitations of three years for personal injury cases or defamation, and four years for injury to personal property and most other types of claims. The criminal statute of limitations in New Mexico ranges from one to two years for misdemeanors and three to six years for felonies.

If you believe that you are the victim of a civil rights violation, seek the guidance of a professional attorney. An experienced attorney can help you navigate the complex court system. Your attorney can also help you develop your case and can tell you the likelihood of success if your case should ever go to court. 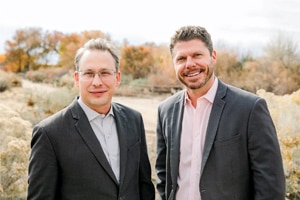 There are countless benefits that come with hiring a knowledgeable attorney to assist you with your case. First, an attorney will have the extensive knowledge needed to move through the court system quickly to get you the compensation that you deserve as soon as possible. Attorneys who practice civil rights often specialize in this area and have worked with countless clients, giving them extensive on-the-job experience. This is the type of knowledge that you cannot often get on your own.

A civil rights attorney can also help you negotiate a fair settlement and bring resolution to your case. For more information about your potential claim, contact the attorneys at Parnall & Adams Law.